Have you ever watched the History Channel (channel 25 on our cable box). They have some very interesting shows about many subjects from around the world. One that I was surprised to find on the History Channel was “Ancient Aliens”. This is a series of shows in which several Ancient Alien Theorists give their reasoning why they believe that many “unexplained mysteries” around the world are proof of the existence of aliens that have been here on earth throughout history.

Most of you know about the Bermuda Triangle that causes disturbances in electrical instruments and has caused many plans and ships to just disappear. On the opposite side of the world, off the coast of Japan, there is another “triangle” that has similar events. Most pilots and captains know to avoid this area. Massive pyramids have been discovered in this Japanese Triangle just a few hundred feet under water. These pyramids were built with numerous stones weighing 100+ tons. Not something you easily move around with ropes and pulleys.

TheAncient Alien Theorists believe that whoever built the Egyptian pyramids, also built the pyramids on the opposite side of the world in Mexico. They point out that both pyramids were built with similar techniques using massive 100+ ton stones, they were built in the same time period and, both are in alignment with the stars known as Orion’s Belt.

There are other structures around the world built thousands of years ago with massive 100+ ton stones that have very unusual characteristics and, no one can figure out how it was done. One location has massive stones that were all cut to the same shape and were designed to fit together like gigantic modern building blocks. Rock cutting experts have stated that the cuts are so precise that they would have difficulty making those stone cuts with today’s technology. In another location, massive 100+ ton stones were each cut with different shapes and put together like gigantic jigsaw puzzle pieces with edges so tight that you can not slip a sheet of paper between them. No one has figured out how it was done.

Elongated skulls like the one shown above have been found in ancient grave sites in South America and as far away from there as Africa. People have debunked these skulls as being human and, that they were bound with cloth and boards to manipulate a babies soft skull into the specific shape desired in order to honor their “god”, that just happens to resemble aliens. Ancient Alien Theorists point out that it seems very odd that people from different continents that never crossed each others path would practice the same rituals at the same time.

Ancient Alien Theorists say that many statuettes have been found that are 1,000’s of years old and resemble the stereotypical aliens described as being sighted today. There are also statuettes that look remarkably like someone in modern day space suits as shown below. 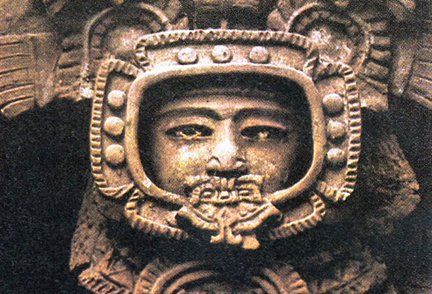 Statuettes aren’t the only pieces of history that have been found to indicate an alien presents. Ancient carvings and paintings of various space ships and alien creatures have been found in Egypt and all around the world.

Whether or not you believe that little green aliens are running around our planet, I believe you’ll find the facts that they present in these shows about these unusual items to be very entertaining.

Click on “Reply to This” at the bottom of the article and you can add your comments, more information, photos, videos and, links.

Below are some links to other additional informational websites about Aliens:

Understandably, there are groups of people out there that try to debunk the alien's involvement with human creations.  The NASA released an article stating that an image in a picture taken from space of a "space ship" wasn't actually that but a reflection to prove otherwise.  Another site discusses the impossibilities aliens here today or anyday- past, present or future.

So whether you believe or not, check out the above links and decide for yourself!

If you're interested in taking a poll on whether aliens are out there and want to see what your fellow Social-ites believe, click on the Button to the LEFT for a quick poll!

Click on “Reply to This” at the bottom of this article and
leave your comments, photos, videos and links.

You need to be a member of SceneOnLine to add comments!

This reply was deleted. 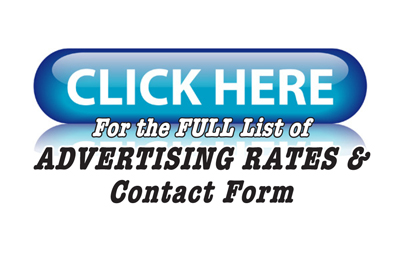